Crypto-ML hopped in early on the 2019 bull market, as detailed in our post Bull Market Review – How Machine Learning Predicted It Sooner. Last week, trades from this run were locked in across the board. Below is a look at those trades as well as a discussion of what indications we’re receiving now.

The math of locked-in trades

Locking in gains is what generates the returns of the Crypto-ML platform–and is what separates it from buy-and-hold. When gains are captured and then rolled into the next trade, the overall return can change dramatically

This is illustrated in the following visual of our trade history:

This visual is based on data from live production trade alerts that have been generated for Crypto-ML customers (these are not backtesting results).

Full details can be seen on our Trade History page, and it should be noted that past performance is not an indication of future performance.

By locking in gains and minimizing losses, the overall account balance grows in a very different way than if you just hold.

The recent round of trades locked in as follows:

We received some tremendously positive emails from members who took action on these trades and locked in some great gains, particularly our ETH followers.

Both LTC and BCH moved a little differently, with minor losses following the positive trades:

Overall, the 2019 performance of Crypto-ML trade alerts are:

An interesting condition occurred with both the Bitcoin and Litecoin trade alerts.

After closing the May 23 Bitcoin trade, crypto saw another major spike on May 26 (nearly an 8% jump in less than an hour). Prices touched $9,000 before now dropping back down to around the $8,600 level as of this writing.

The interesting thing about this situation is both BTC and LTC moved up on the Trade Meter but did not issue “buy” signals. Here’s why:

As part of the Crypto-ML 2.0 Machine Learning Models, the models were given the ability to close trades early before the meter drops below zero. This was an important learning from the downward and sideways markets of 2018 and goes to show how machine learning can continue to learn and improve. It prevents oscillation (fast switching between “buy” and “sell” signals) and helps avoid getting caught in flash crashes.

While the models can now close early, they will not issue a “buy” signal until the Trade Meter drops below zero and then crosses back above. Since May 23, even though Bitcoin closed, it has not dipped back down below zero.  As some users noted on our Community Forums, this created an odd situation where the Trade Meter is going up, but it’s still in a “sell” state.

Had this 2.0 feature not been in place, the “buy” signal would likely have been issued after that 1-hour spike and we would have been chasing the market rather than waiting for a pullback. Indeed, the 2.0 models help us to “buy the dips.” It will take a drop in the market before another BTC signal “buy” is issued.

Fundamentally, the Trade Meter is telling us that the last run was too exuberant and we will need to have a pullback before the next “buy” point becomes ideal.

The risk of this approach is that the market continues moving up and we never get the pullback. We have yet to see how the model performs, but since it issued a “sell” on May 23, the expectation is a pullback will happen and a better entry point will present itself.

You can join the conversation on this in the Community here: https://crypto-ml.com/community/topic/trade-signals-for-btc-ltc-are-high/

Where the market is headed

According to the Market Index, we are in bullish territory. This is evidenced by the continued higher highers and higher lows. Additionally, we have seen fast “up” moves (like the 1-hour jump referenced above) rather than the fast “down” moves that characterized 2018.

That said, we have some tough levels ahead, especially at $10,000. As we stand now, the trade signals are mixed and exhibiting cautious behavior. Stay tuned and let us know what you think either below in the comments or at the Community Forums.

Join Us on Telegram 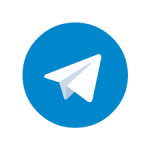 Increase Your Bitcoin Quantity by Trading the USDBTC Pair

Add predictive capabilities to your crypto trading and investing.[ Join Crypto-ML for Free ]